MILAN, Italy – The editor of one of Russia’s most respected independent economic journals grudgingly concedes team Putin is riding the sanction storm well.

“We’ve had some figures for the first half of 2022 released, and the overall feeling is much more optimistic than it was in March or April,” Peter Mironenko of “The Bell” tells Fox News.

“We see the figures. They are not manipulated. On the one hand we see economic downturn in the second quarter. GDP fell around 4% and in the third quarter we will have about 7%. This is recession. But the scale is much more modest than it was said to be three or four months ago.”

And less dramatic than it was in 2009 when war wasn’t waging; it’s also less than Russia’s Central Bank’s initial prediction of an 8-10% GDP decline this year. And there is more. Household income is down just 0.8%, according to Mironenko. Right now, there is even deflation. Some people have simply been spooked by the political situation into spending less, saving for an even rainier day.

Russian President Vladimir Putin chairs a meeting on the country’s transport industry via a video link in Sochi, Russia May 24, 2022.
(Sputnik/Mikhail Metzel/Kremlin via REUTERS ATTENTION EDITORS – THIS IMAGE WAS PROVIDED BY A THIRD PARTY.)

There is less foreign stuff to buy, so some Russians are writing that off, but in fact, imported items can still be bought—between brokers and the surprisingly strong ruble, Mironenko says an iPhone will cost you pretty much the same as it did a year ago. He himself was shocked to discover the fact when he recently bought one for his father.

The government has, he says, wisely avoided price controls even if everything else they do feels like going back to the USSR. Unemployment is at a historic low. Some of this is artificial. The government has increased pensions and salaries since the war began, because it can.

“The sanctions did not decrease the income of the Russian budget from oil exports, so the government has money,” Mironenko, who recently went into exile due to the immense pressure on the press, said.

Oil storage tanks stand at the RN-Tuapsinsky refinery, operated by Rosneft Oil Co., as tankers sail beyond in Tuapse, Russia, on Monday, March 23, 2020. Major oil currencies have fallen much more this month following the plunge in Brent crude prices to less than $30 a barrel, with Russia’s ruble down by 15%. Photographer: Andrey Rudakov/Bloomberg via Getty Images
(Photographer: Andrey Rudakov/Bloomberg via Getty Images)

But anyway, Mironenko adds, Putin has to keep that prosperity project up, and as long as Moscow has the funds, it will spend them on keeping Russians in the black.

WHAT ARE THE SANCTIONS DOING TO RUSSIA?

How long will that be, I ask Mironenko? He does admit sanctions are working, in theory, but he says, “It’s a long process. Historically there are not a lot of examples when even the heaviest sanctions do their job in a year. I don’t think we’ll see any effects—policy changes before three to five years.”

The energy dance is a tricky one, according to Mironenko who explains that oil is more important than gas for Russia’s coffers, so in some ways a commodity to be played with.

Vladimir Putin started a game of decreasing gas flow to Europe supposedly to see if that will make Brussels nervous enough to loosen sanctions. Pain, apparently worth enduring for now. But when the European ban on Russian oil kicks in at the end of the year, there could be a real flare-up of distress in Russia and Mironenko will be watching that moment closely.

Meanwhile, when it comes to public opinion, it’s not just the propaganda-imbibing crowd in Russia that blames the West for any woes they are experiencing even if the economy is for the moment apparently – if perhaps artificially strong. It is harder to have a life connected to the outside world and for many educated and democratically-minded Russians, that is vital.

Mironenko says there’s a lot of anger building among those who feel shut out from the West and also much debate about how and where one should, from a moral perspective, live one’s life. So while the economy may be quite solvent for the moment, soul-searching and angst are dragging many Russians down.

Amy Kellogg currently serves as a correspondent based in Milan. She joined FOX News Channel (FNC) in 1999 as a Moscow-based correspondent. Follow her on Twitter: @amykelloggfox 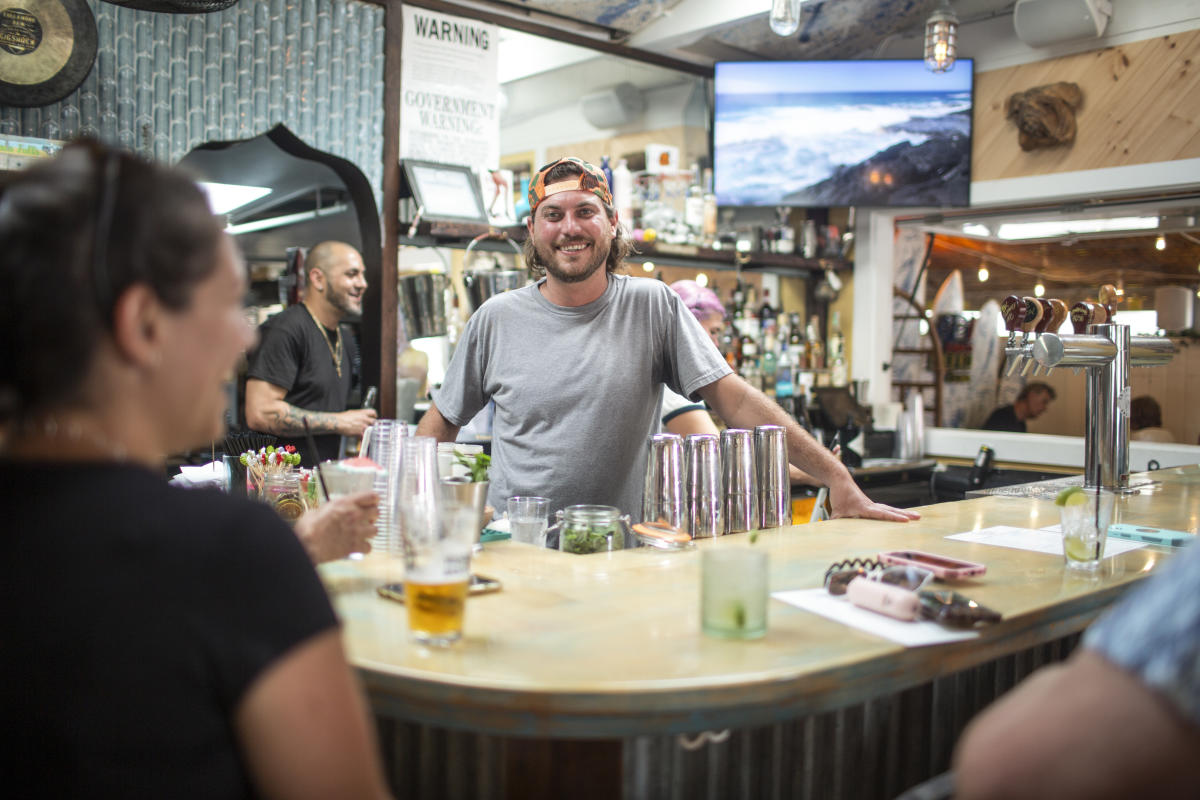 Saving the Family Business in a Beach Town Where Money Talks

SC consumers getting hit with higher insurance costs due to inflation, surge in disasters | Business